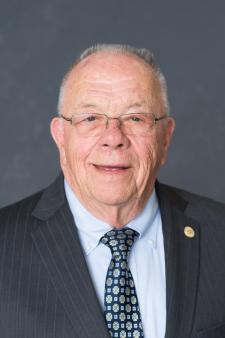 Hannibal “Mac” Gipson is serving his second term (6th year) as the administrator of the Alabama Alcoholic Beverage Control Board. Governor Robert Bentley selected Mr. Gipson for the post on January 17, 2011. As administrator, Mr. Gipson oversees more than 800 employees, who work in the central office and warehouse, and 176 retail and wholesale stores statewide. Prior to his appointment, Mr. Gipson served four terms in the Alabama House of Representatives, representing Autauga and Elmore counties. During his legislative service, he was a member of the Travel and Tourism Committee and was instrumental in crafting the state education budget as a member of the House education appropriations committee. A United States Army veteran, Gipson is the retired CEO of Gipson’s Auto Tire in Prattville and Millbrook. He is a member of American Legion Post 122, Autauga Cattleman’s Association, Prattville YMCA Board of Management. Mac has two daughters, Meg and Jo Ella, and two sons, Bob and Hootie. He and his wife Brenda attend Christchurch (Anglican) and reside in Montgomery.